Dr. Everett Simmons is a vet native to Austin who has nearly five decades of experience practicing small animal medicine. 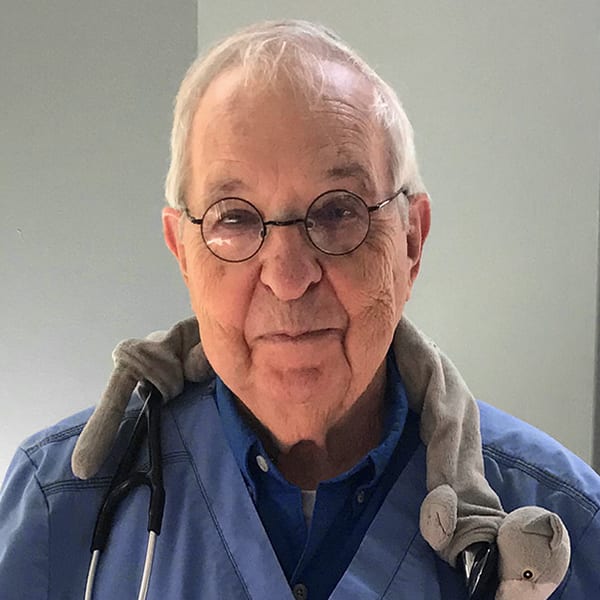 Dr. Simmons is a native Austinite who graduated from McCallum High School in 1962. He received his DVM from Texas A&M’s College of Veterinary Medicine in 1973.

After graduation, he joined a practice in Austin. He has practiced small animal medicine for 47 years. He received his BS from Texas Lutheran University and his MA in zoology from the University of Texas at Austin. He was an adjunct professor in biomedical engineering at UT Austin for several years while he was practicing.

Everett has been married for 52 years to his wife, Anna, who grew up in Elgin. They have two sons who reside in Austin and Elgin. Their son Eric is also a veterinarian.

Our vets at Northwest Austin Veterinary Center are now accepting new patients! Our friendly vets have years of experience and are passionate about helping cats and dogs in our community. Contact us today to schedule your pet's first appointment.